Could Your Workplace Be The Next Orlando? 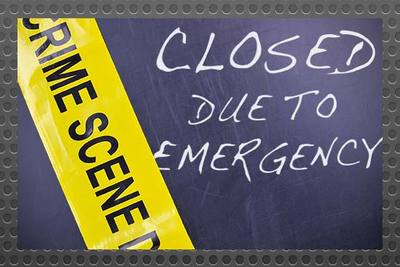 The Orlando community continues to recover from a recent tragic shooting, where an ex-employee of an RV accessories company killed five of his former co-workers in their workplace. And employers everywhere are bound to wonder, “How could this have been prevented?”

The specifics of the incident aren’t yet clear to the public, and the behavior of an ex-employee is certainly difficult, if not impossible, to monitor. But many workplace violence (WPV) episodes are within the control of managers. WPV training does not have to be limited to only reaction to a crisis. Dangerous outbursts that arise from interpersonal conflict or decisions that anger an employee can be thwarted if the organization has a system in place to intercede in the path of an oncoming crisis.

A WPV event is not defined by a fatality, of course. Verbal abuse, psychological abuse, bullying, property destruction, and physical altercations are all aspects of workplace violence.

Randy Van Dyne, Executive Director at Findlay All Hazards, was recently called upon by ABC affiliate WTVG for comments about how companies can help insulate themselves from the kind of terrible events that we saw at Orlando’s Flamma Inc. (Watch Randy’s interview here).

“More can be done in terms of how companies deal with this,” Randy tells us. “Perpetrators like this actually go through a defined continuum of behavior,” he says, and spotting that arc as it begins to escalate is the key to changing the trajectory. “WPV events can be initiated by those outside the company… Perhaps because of what we call ‘domestic violence spillover’. But those kinds of incidents are the minority. far more often, we see awful incidents credited to ‘disgruntled employees’, and those people almost always exhibit some telling behavior before the flashpoint. So, our approach to workplace violence prevention starts with teaching people to spot warning signs.”

He continues, “The key to understanding WPV actions, is to understand that this is ‘Targeted Violence’. In other words, the perpetrator knows his targets, prior to any act of violence. Police reactions to the recent Orlando shooting said the shooter seemed to be targeting his victims. Targets can be one, or a group of people, or even entire entities or organizations. The usual objective of the perpetrator is to get even for some wrong, injustice, or unfair act that they believe they were subjected to.”

Findlay All Hazards uses a behavioral-based assessment system developed by the Secret Service. The objective is to observe and monitor behavioral activity of the potential perpetrator and intervene before any act of violence occurs. Findlay clients who contract for WPV prevention training learn to create and maintain a Threat Assessment Management Team, an in-house group that might include security, upper management, and Human Resources personnel. This team works with outside agencies, including law enforcement and local mental health resources, to take whatever steps are needed when the team spots or is notified of an employee, vendor, or customer exhibiting behavioral traits that are early indicators of potential future violent actions.

‘Active Shooter’ training, or what to do when a firearm is being used in the workplace is also a part of Findlay’s training program, and may have been a lifesaver in the Orlando tragedy. Personnel must know what to do and where to go in such a circumstance, and how and when to reach out for help from their position. But Randy Van Dyne says most WPV prevention stops at this level, when ‘active shooter’ should be only a single component of a thorough training program.

“Let’s look at every possible contributing factor first,” says Randy Van Dyne. “Are managers settling interpersonal conflict as early as they can? Are they alerting authorities when an employee or associate to the company utters a threat? Is the security system really doing its job? When we work with companies seeking workplace violence prevention training, we almost always find gaps in their safety and security structure that just needed a fresh set of eyes.”