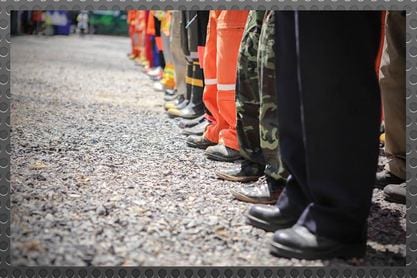 The recent hurricanes that have severely impacted the Southeastern United States, and the wildfires that continue to cripple the west, focus our first concern on the lives of the people who have lost property and worse in the fury and wake of these natural disasters.

Lives always count the most, and sparing everyone from injury is paramount. But the dire cost to business must also be added up.

Throughout Florida, Texas, The Gulf Coast, and certainly across Puerto Rico, industries of all kinds are trying to piece their operations back together. Some have uncertain futures and face the long-term results of terrible incidents related to the storms.

A prominent example is the Arkema Chemical company, whose Crosby, Texas, facility was lost when half a million gallons of organic peroxide exploded after Hurricane Harvey’s arrival severed all electrical power to the plant. The flooded building’s backup generators were apparently compromised by the storm, and when they failed, the stored peroxide’s temperature climbed to the point of ignition. The resulting explosions, according to the Texas Commission on Environmental Quality, released some 62,000 pounds of contaminants into the atmosphere. At the same time, 23,000 pounds of liquid contaminants overflowed from a flooded wastewater tank. That release impacted numerous nearby properties and clean-up continues today.

One of the unusual aspects of this incident is that it was no surprise. The storm was forecast well before it made landfall, of course. And Arkema understood that the explosions would happen if they lost their sources of both external and on-site electrical power. The company notified local authorities, and the company and area emergency teams took the steps thought to be best for containment of the impending releases. Regardless, Arkema now faces not only a long recovery process, and the debilitating effects of a lost manufacturing center, but a succession of civil actions.

Media outlets, such as the Houston Press, verify that the company notified local first responders and emergency management personnel of the impending incident. Having taken the step of adding backup generators to help ensure that their stockpile of organic peroxide would not be at risk from a brownout, it can be fairly presumed that Arkema had an emergency plan, as mandated by law, and that it was ready to be put into action. That plan may be credited for preventing a confirmable major immediate health crisis (only 21 first responders were treated for smoke exposure). But despite whatever steps were taken by the company, a major calamity still occurred with ramifications that will likely linger for years, some of which may have been preventable.

Clearly, the company’s emergency planning was not totally in vain, but no observer could assess the effectiveness of such a plan without knowing its details and all the steps that were taken to both prevent and mitigate this event.

But we can take the Crosby, Texas, incident as a reminder that too much emergency planning is not possible. And a lesson to be learned is that if you believe an incident to be very likely or inevitable, then the highest level of planned responsive action should be put in place. Impending severe weather is an excellent example. Another might be a fire that is out of control on nearby property. How big could your impact zone be, if your facility suffered a major fire or had the worst possible chemical release? Taking steps to prevent or lessen the worst probable outcome is the smartest choice, rather than speculating on the most likely severity of the incident.

There’s another historical example that shows how even a good plan could be more effective if improved. Before Mount St. Helens erupted in May of 1980, numerous preparations were made with the input of many authorities and experts, including geologists and first responders. Among these was the establishment of a safe zone perimeter. But, as the event unfolded, the edge of that zone was far too close to the top of the mountain, partly because of the expectation of a strictly vertical eruption. When the mountain exploded in a more lateral direction, logging and recreation areas, thought to be safe, were in the direct path of the landslide and resulting flash floods. Since some geologists predicted that this kind of eruption was possible, even likely, a larger safety zone could have been established. That might have saved many of the 57 people who perished that day, since only a handful of those were in the official danger zone (which, at some points, extended only three miles from the peak).

The ‘worst possible scenario’ was considered, even planned for… But not enacted in a situation where it could have been. That’s the key: A plan is only complete if every conceivable type of incident is considered. And a plan is only valuable if it is enacted in its full capacity in those scenarios where you have the option to take those steps before a flashpoint occurs. Only then can you hope to truly protect your company from the worst effects of any coming storm – natural or otherwise.

How ‘wideband’ is your emergency plan? What is your worst possible scenario? What obstacles may prevent you from activating your plan at ‘full strength’? Findlay All Hazards has well over three decades experience in the development of emergency plans in a wide range of industries. Contact us for a friendly conversation about your contingencies today.