Better Technology In The Age Of Disaster 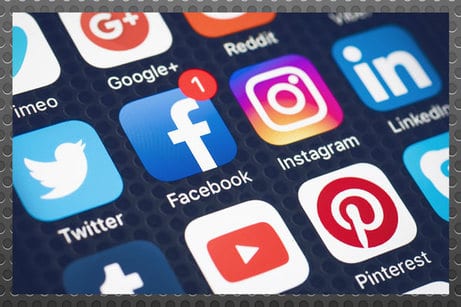 Certainly, an argument can be made that natural disasters have had cruel effects on mankind since the dawn of time. But this still-young century seems to have seen more than its quota. 2017, in particular: Last year brought 15 natural disasters to the US, from Hurricanes Harvey and Irma to fires and floods in California, and tornadoes that decimated numerous areas. And, of course, as the world’s population grows, so does the number of man-made calamities.

Emergency managers and crisis teams, whether at the municipal or corporate level, take advantage of technology now more than ever.

As geologist Trevor Nace states in a recent Forbes piece, planners in southern California now use databases and real-time monitoring to create graphic models that can predict damage from earthquakes. Nace also notes that drones, a hallmark of 21st-century tech if there ever was such a thing, are a huge help in planning rescues and locating victims in the aftermath of a disaster.

But Nace also points out that the most crucial piece of lifesaving technology may also be the most ubiquitous: The cell phone. It’s frankly rather hard to find someone today who is not carrying a cellular mobile telephone, or at least has one nearby. That most common of communication tools was the crucial difference for many people in the Houston area after Harvey flooded their town. Of course, calling for help with a mobile phone was the first step for people isolated in their homes by the flood waters. But using a cell phone to log into social media was also the saving grace for many. Volunteer responders used social networks to locate people in need when 911 and other crisis conduits were overwhelmed, or when cell service is lost but Wi-Fi may remain available.

“The convergence of social networks and mobile has thrown the old response playbook out the window,” said Michael Beckerman of the Internet Association, to a House Subcommittee back in June of 2013, following Hurricane Sandy’s 2012 assault on the eastern seaboard. During that emergency, New Jersey utilities used their social network to inform the public about such things as the location of shelters and generators.

Your EHS or response team can prepare for emergencies that might affect your company or community by creating a crisis response plan that specifically uses Twitter, Facebook, or other such platforms. In the corporate EHS arena, for example, advise employees that there is a company Twitter feed for all staff, and in the event of an emergency, it will be one pathway of valid information about plant closings, areas to avoid, and the like. This same account could be used by any employee who is in dire straits during an emergency and needs to be rescued. Petroleum refineries, for example, are often vast complexes, and one part of the facility could be suffering from fire or flood without other areas being aware of that. An employee in the troubled zone could summon help (presuming that no other means works) or issue a warning to those who may be nearby and vulnerable to the same disaster.

Proper use of social media for communication during an emergency is an empowering option for employees and ‘How To Reach Out In A Disaster’ is certainly a topic worth teaching.

Crisis planning is part of training for emergencies, and Findlay All Hazards is the most comprehensive, experienced, and mobile training team in North America today. Contact Findlay today to start building a tech-savvy emergency strategy and conducting exercises that will save the lives of those in your charge when the storm comes.