Workplace Violence Affects Even The Well-Trained 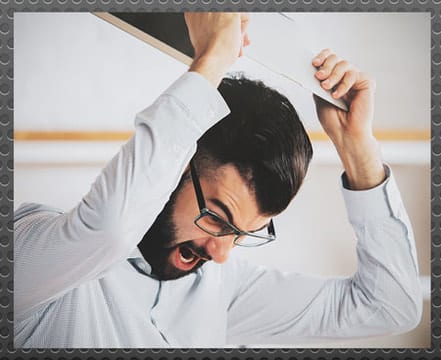 One of our service categories at Findlay All Hazards is Workplace Violence (WPV) Prevention. So, we keep our eyes open for news stories about WPV incidents… All the while hoping not to see many. When a WPV event happens, though, there is often some aspect of the tragedy that offers insight into how others can help keep their workforce safe.

In December, Defense.gov published an article that told the story of Army nurse Captain Katie Ann Blanchard. Captain Blanchard suffered terribly from an attack by a civilian employee in her charge in 2016 and is still recovering. The employee in question, recently sentenced to 20 years in prison for his actions, performed poorly at his duties and was a consistent source of conflict. He built such a rage toward Blanchard over time that he eventually assaulted her with a container of gasoline and ignited the fuel after Blanchard’s face had been dosed. Captain Blanchard now tells the story of how her attacker was difficult to work with from the outset. He would regularly be in an angry state and had confronted Blanchard more than once. She took appropriate steps to mitigate his behavior, followed established policies, and believed that he would eventually improve, both in attitude and performance. But that was not the case, and Captain Blanchard now bears the scars from a horrific experience. As she says in the Defense.gov piece, “I thought I was going to die.” Thankfully, the attack took place in a health care facility, so Blanchard was likely treated as immediately as possible.

Today, the captain works to inform others about how a conflict with a coworker can escalate faster than most people expect, and that an uncomfortable relationship can become a deadly tragedy if it is allowed to simmer over a long period. In many cases, the event is a flashpoint circumstance, where an employee or vendor simply snaps. But in Blanchard’s case, the attacker’s rage built over time and the man planned his assault on the captain, preparing the flammable fluid and bringing it to the workplace, along with matches to set Captain Blanchard alight.

Findlay’s WPV experts never second-guess the policies of workplaces after a violent incident. But, in many cases, a deficit in training can be identified. In Captain Blanchard’s story though, we find an army officer, who was supervising 15 military and civilian employees at Munson Army Health Center in Fort Leavenworth, Kansas. She’s a highly-trained professional and she made use of military workplace options when trying to mitigate the conflict with her employee, including filing regular reports of the situation. Regardless, the troubled employee was not dismissed and whatever points were made to him did not dissuade him from a terrible course of action.

From our perspective, we see this lesson for others: An employee with a history of interpersonal conflict in the workplace may be far more dangerous than their supervisor believes. It’s easy to believe that an employee who is upset about their work circumstance will eventually behave more rationally. But that is not always the case, which prompts us to stress early and complete intervention. The article about Captain Blanchard points out that a recently-released guide for workplaces like hers, the Regional Health Command-Central Workplace Violence Guide, recommends recognition of aggressive behavior as truly dangerous and encourages quick intercession. If the employee’s state of mind is uncertain, it’s better to “err on the side of caution”, according to this guide, and we agree.

Even with a sound WPV policy and training that helps employees understand early-warning signals of violence, a tragic event can still take place. EHS managers can help build a firewall against a violent episode by ensuring that their prevention policies allow latitude for true intervention, consultation with outside authorities, and disciplinary action that is effective, without the presumption that the employee in question will adjust their own behavior in time.

Find out more about Findlay’s Workplace Violence Prevention programs and speak with a Findlay All Hazards expert today.